Epilepsy Bracelets can save your life in seconds 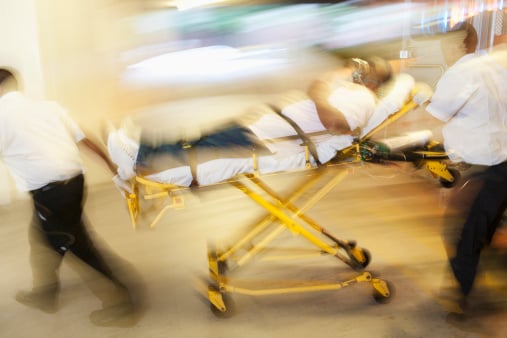 Fastest way to warn about epilepsy is to have an ID bracelet because EMT's want all critical information instantly.
Paramedics want it all. And they want it now. Only medical bracelets work this fast.
No time for phone calls or wait for cellular operators to find and relay your medical history. It's now or never!
Wrists first! Paramedics are trained to look on wrists first for an ID tag and critical info. 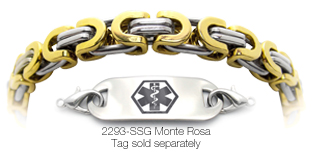 Bracelet help: Beginners Overview
To say more: ID Abbreviations
You can't speak during seizures so your ID tag tells first responders what to do.
Your plate might read:
EPILEPSY: ON LAMICTAL
ABSENCE SEIZURES
YOUR NAME
ICE 888-888-8888
Avoid unnecessary 911 calls. Because some seizures only last a short time and are not life threatening, Your plate might be:
EPILEPSY
911 ONLY IF INJURED
PARTIAL SEIZURES
ON LAMICTAL/NO PCN
See more ID Abbreviation

Epilepsy Bracelets speak when you're speechless 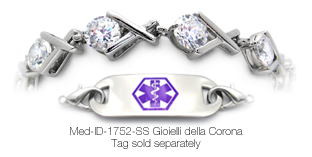 Epilepsy is a chronic disease involving recurrent unprovoked seizures. It currently affects almost 4 million Americans. Epilepsy has many different symptoms caused by what is sometimes called “electrical storms” in the brain. These “storms” can affect one side of the brain or the other.

1. Tonic-Clonic Seizures: It combines tonic (stiffening) and clonic (jerking).
• Seizures lasting 5+ minutes need 911 especially with choking or injuries.
• If seizures last more than 10 min. go to a hospital immediately.
2. Absence Seizures: Is a blank look with eyes turning up and fluttering eyelids
3. Atonic Seizures: When a person becomes limp, falls, and may not be aware.

When the seizure type is not known by observation or tests.

The brain's electrical disorder can affect physical or mental reactions. Epilepsy is usually caused by brain injury from trauma, stroke, disease, tumors, genetics or birth defects. There could even be some combination that caused this condition.The above risk factors can develop epilepsy in both children and adults. It can happen in a baby with abnormal brain growth. It can happen in the prime of life. It can happen late in life with brain injury.

No known cause can be determined for some people since the injury to the brain has left no trace.
About 7 out of 10 people with epilepsy are treated successfully using drug therapy to control their recurrent seizures.

With over 600 styles to choose from, you no longer need to be embarrassed with an ugly epilepsy medical bracelet.

Choose from elegant beads, to Gold and Silver chains to stylish stainless steel. Now you'll be proud to wear a fashionable medical bracelet that no longer looks like something your dog would wear.
Need more help selecting the right custom style, how to size, and organize medical info: See Beginners Guide Overview and Custom Sizing.

Include all epilepsy issues along with critical meds so emergency responders treat the correct problem—especially if you're unconscious or unable to speak.
Don't forget other medical issues such as heart problems, diabetes, kidney transplants and critical meds. Doctors need a full picture to avoid drug interactions and to give proper aid.
Also see: Epilepsy Foundation,
Johns Hopkins Medicine. Mayo Clinic